The Kagawa Rainbow Film Festival (“the KRFF”) needs your support.

Help us continue to run the only LGBTQ film festival in Kagawa, Japan’s smallest prefecture 540 kilometers or 330 miles away from Tokyo.

Having catered to a mostly local audience of LGBTQ people, allies, and cinema lovers, the festival screens films depicting diversity in gender and sexuality in a wide range of expression. The annual festival is funded by sales and donations, and is run entirely by volunteer staff.

Theaters in Kagawa rarely screen films with LGBTQ characters. For ten years, we’ve been showing films portraying the complexities of queer lives in a positive light.

The KRFF is a special event, in that it reminds the LGBTQ folks who choose to not be part of the local queer community that they are not alone. It’s also a place where LGBTQ folks and straight cis folks can share inspiration through movies. Our straight cis audience often tell us that their experience at the KRFF made them realize their own biases against sexual minorities, and that they feel they have better understanding of LGBTQ people.

Still many folks are afraid to be seen at a queer film festival. Some of our queer audience had known about the KRFF for years before they bravely showed up. This is why we want to keep our festival alive for the future.

Hi, I’m Hiromi Fujita, Director of the KRFF. I am pansexual, genderqueer/non-binary, and masculine-presenting. It’s been 22 years since I came out.

I first fell in love with movies when I saw E.T. as a six grader. In my teen years my favorite director was Nobuhiko Obayashi, so I made frequent trips to Onomichi and even filmed a movie there.

After I came out, I started going to queer film festivals across Japan. In 2004 I saw Queer Boys and Girls on the SHINKANSEN at the Tokyo International Lesbian and Gay Film Festival and really wanted to bring it to my hometown. So I talked to friends at my local LGBTQ group, and we started the film festival committee.

We are blessed with a wonderful volunteer staff; some of the members have been with us for years, and others come to Kagawa from outside of the prefecture just to help out on the day of the festival.

We make a point of having this queer film festival every year, because we want folks in Kagawa to see films with LGBTQ characters that are real to us. Your support is greatly appreciated. Thank you.

We had broken even (albeit just barely) until 2014, when a tropical storm hit the area the day before the festival, leaving us in the red. Your support will make it possible for us to rebuild our financial base so we can continue to keep the festival alive. 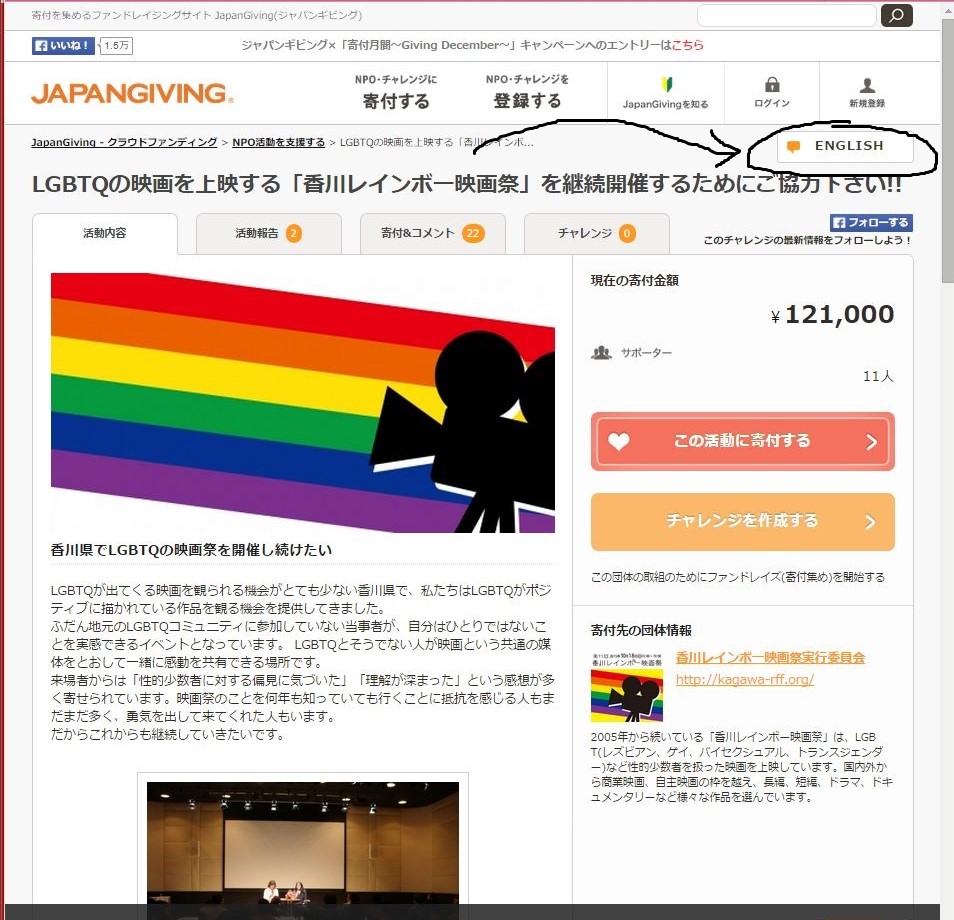 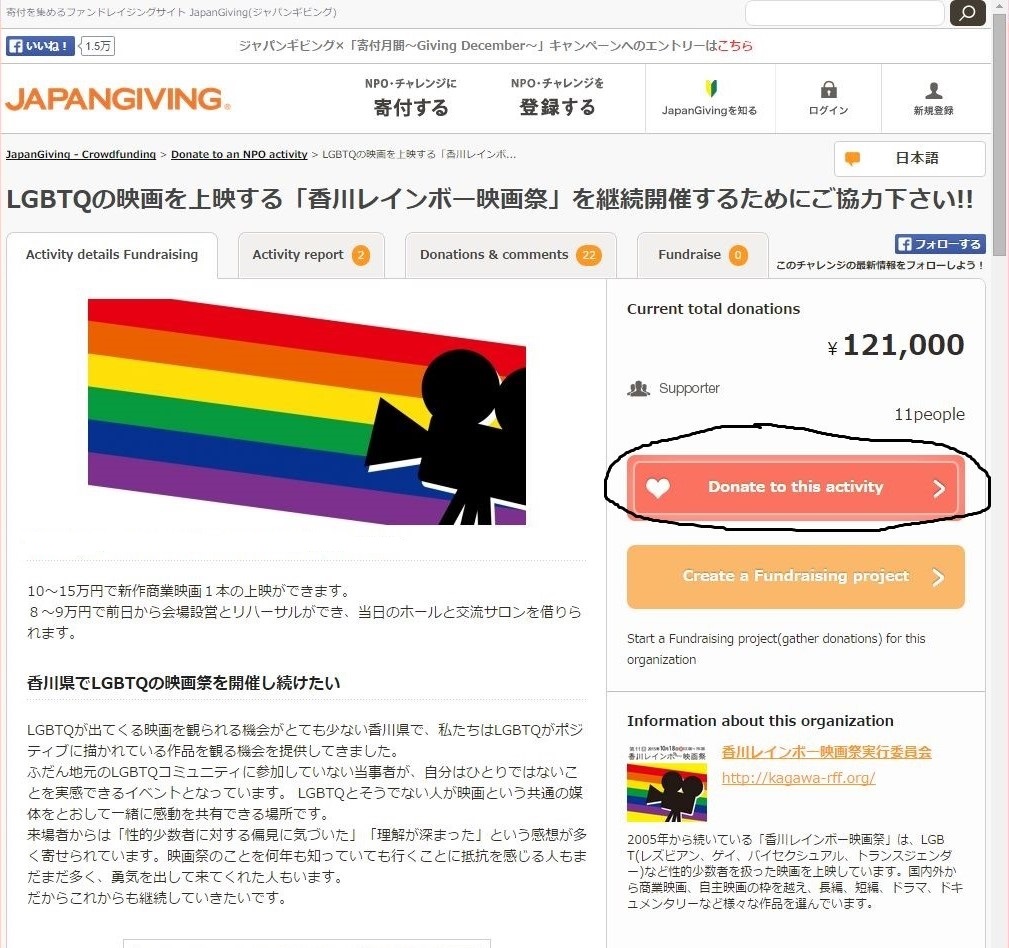 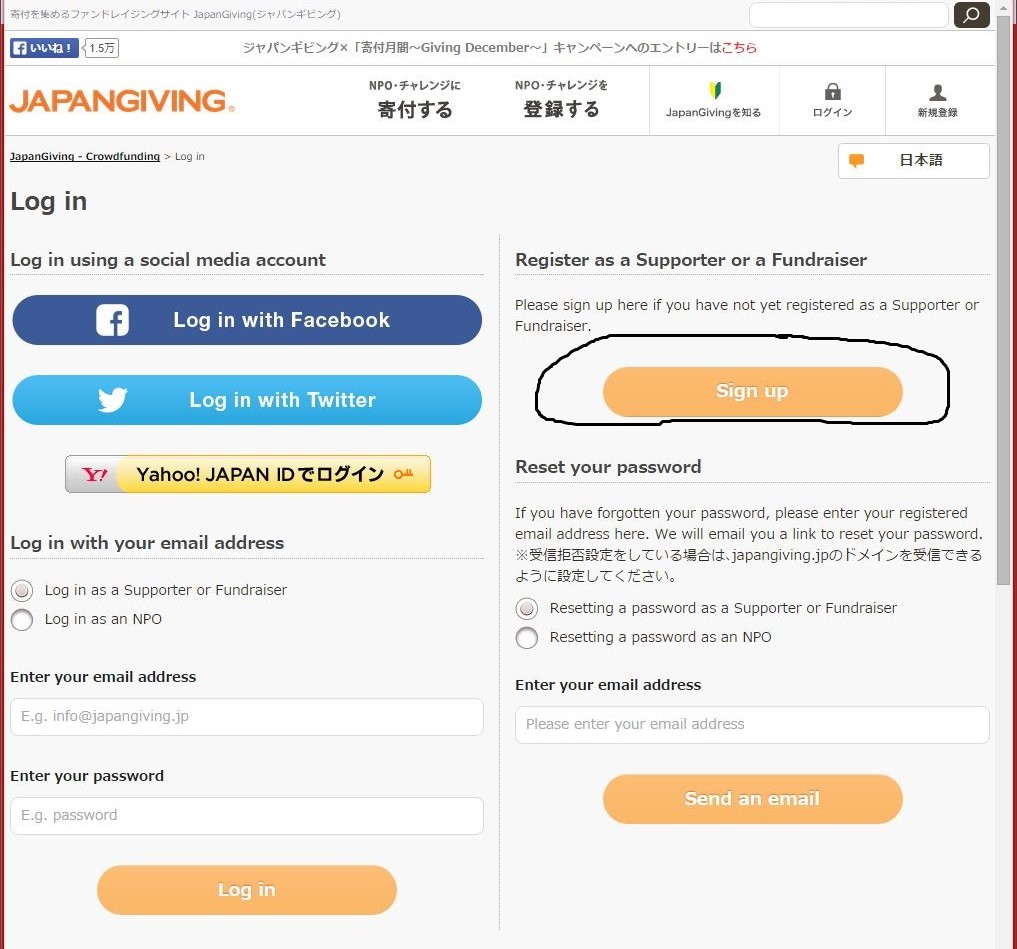 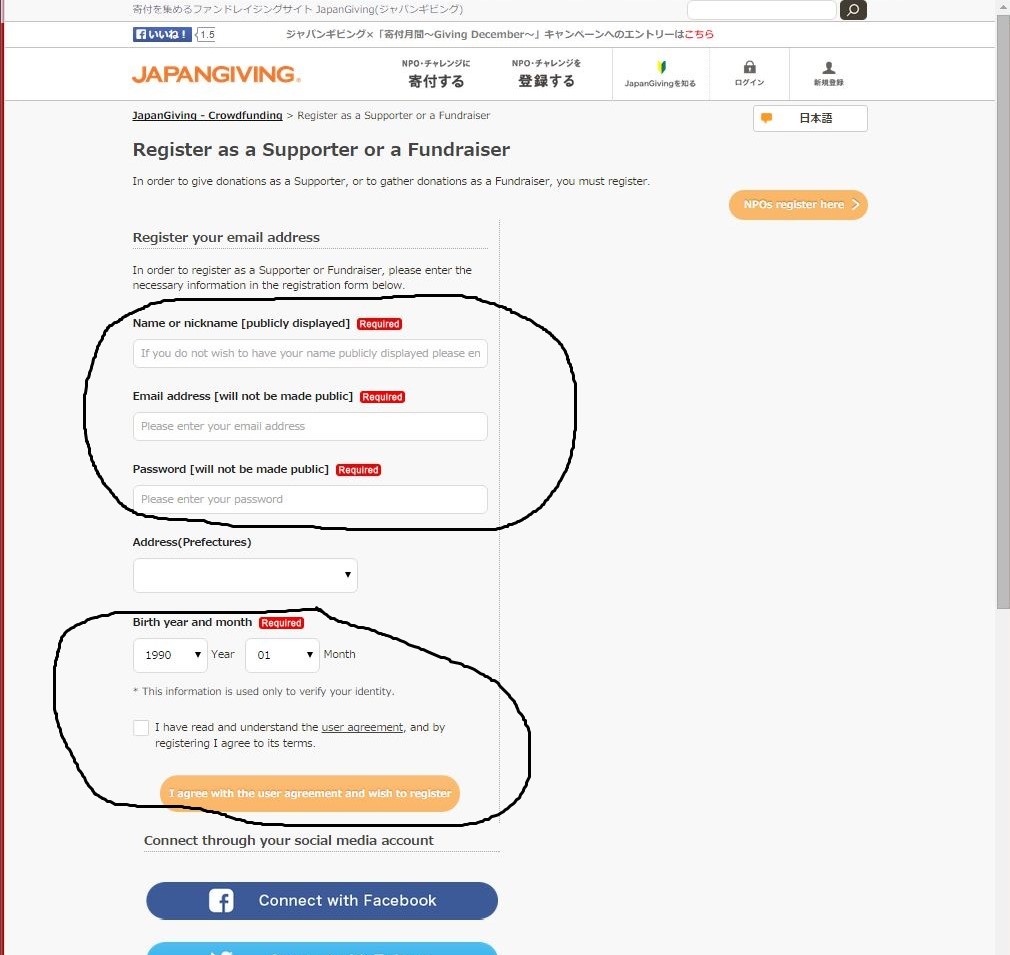 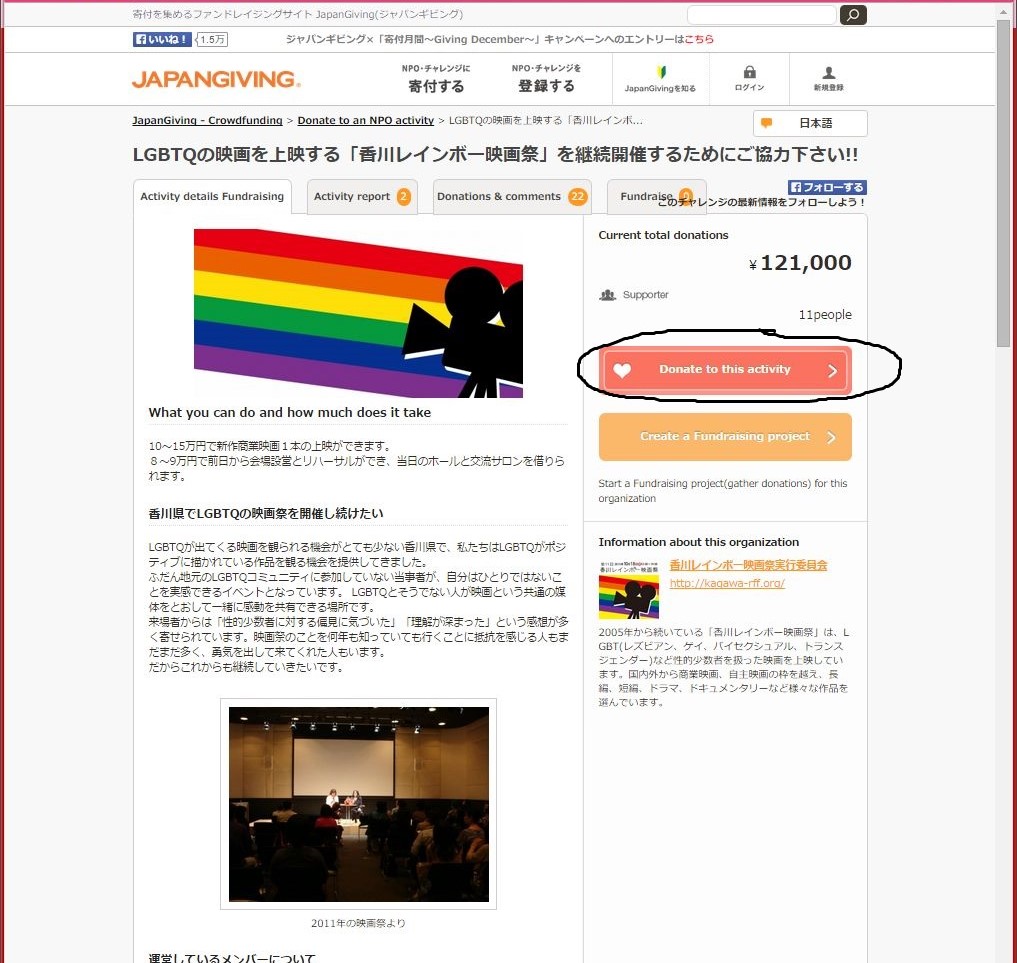 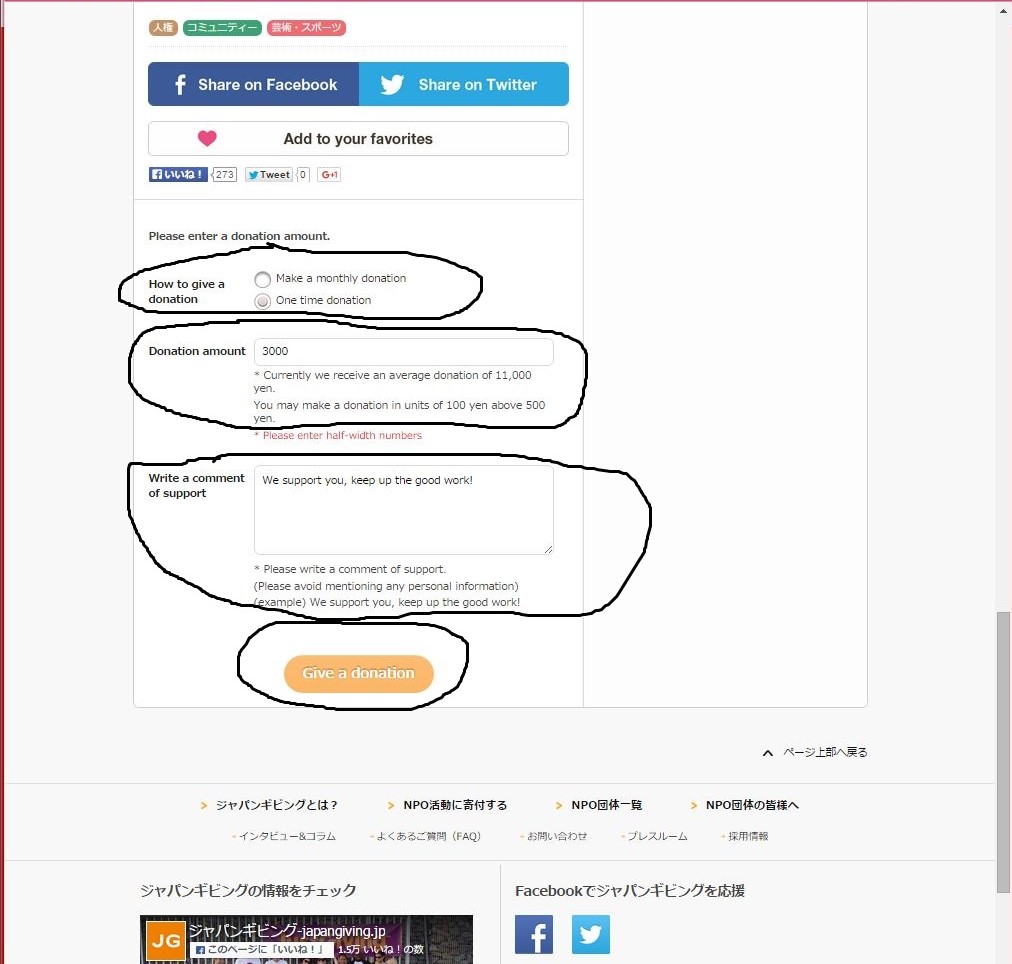 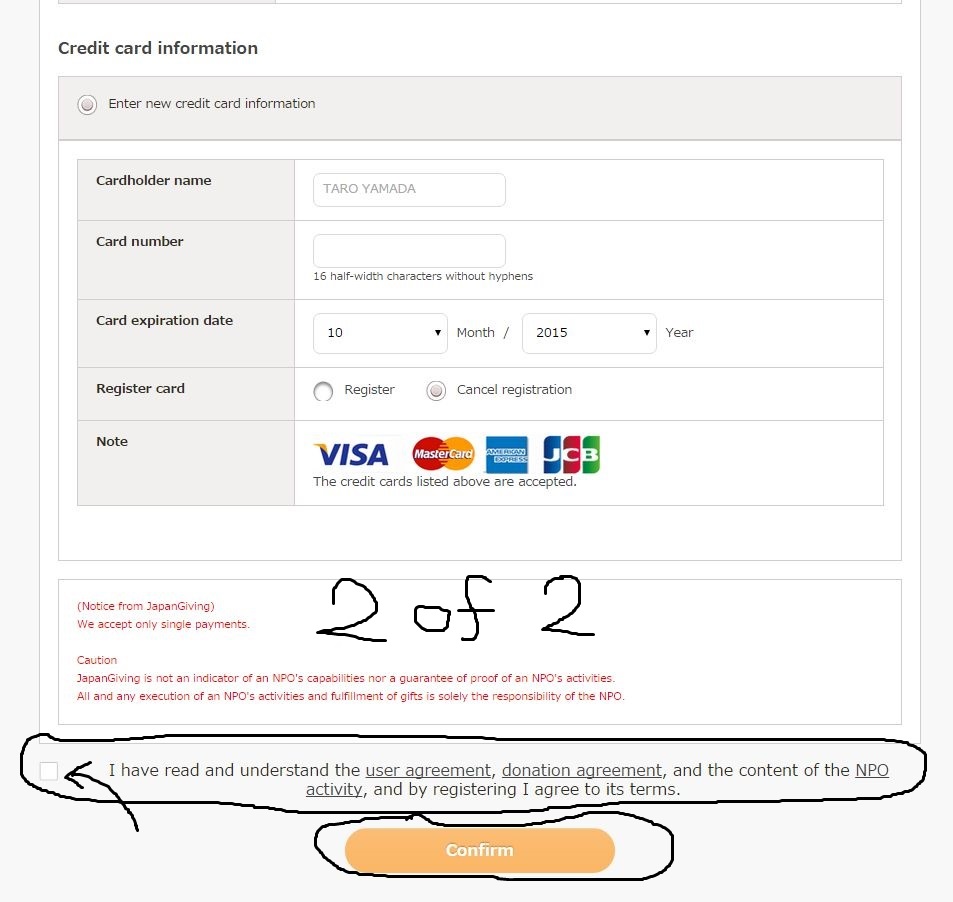